Mazafati dates is one of the most popular and delicious types of dates in Iran. It is also called Mazafati Rotab; Rotab means the stage of dates before being fully ripe. Mazafati palm could live at least 60 years. These dates are very nutritious and high in calories. 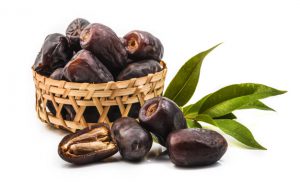 There are a lot of Vitamins in these dates including C, B, A, and E which could bring a lot of benefits to our bodies; for instance, the presence of Vitamin E in dates helps protect people from heart disease and prevent eye diseases.

These kinds of dates are cultivated in the southern tropical regions of Iran. The most famous area for growing these types of dates is Bam city. Dates and Rotabs in Bam city have been one of the most popular types of dates. There are various types of Mazafati dates based on the areas where they are growing, but the ones that are cultivated in Bam city are the best ones. Further information about different types of Mazafati organic dates and their features are covered in the following paragraph. 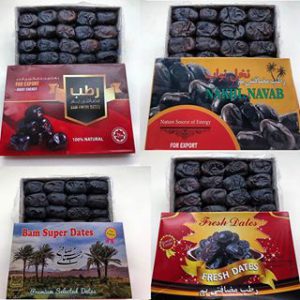 The Variety of Mazafati Dates

Various types of these dates are classified based on the types of the cultivation areas and the conditions of the region. As it is mentioned before, Bam city is the best source of these dates. Bam is located in Kerman Province south of Iran. These dates in Bam have a shiny black color and higher quality due to the suitable climate for palm growth.

The other areas for growing Mazafati Rotabs and dates are cities such as Kerman, Hormozgan and Sistan and Baluchestan Province.

Jiroft and Saravan cities in Kerman Province have lighter types of dates and the trade of the dates in this city usually is in bulk.

Another region where you can find Mazafati Rotabs is Hajiabad located in Hormozgan province and deyri are usually harvested in Kharak stage in clusters. The taste of Kharak Mazafati has its own fans and is generally sold in the domestic market.

All in all, the best types of these dates are the black ones, with enough moisture and have the largest number of customers. Dry Mazafati dates are the other types which are brown in colour. The acceptable humidity of Mazafati Date is between 15% and 35%. 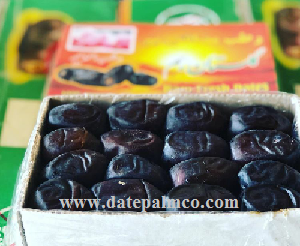 These dates have a lot of features that make them outstanding among the other kinds of dates; therefore, they are so popular in both national and international scale. The first important thing about these dates is the large amount of potassium in its natural structure. The humidity of the Mazafati dates puts them in the wet category of dates. Generally, the normal characteristics of these dates are:

It has different colours in each level of cultivation; red in the Kharak stage, brown in wet stage and black in ripe stage; 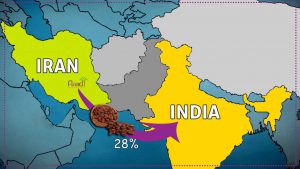 Bam mazafati dates where to buy?

Mazafati organic dates are known for having high nutritional value because of containing several useful minerals. It is popular all around the world and based on the region of cultivation, you can find the best one. The best kind of Mazafati grows in Bam city, Kerman province, Iran. Trading Mazafati dates is one of the most famous ones in the whole world and for having the most successful investment in this field, investors must know the best of the wide variety of them. Arad Date group is one of the suppliers of mazafati dates. You can contact us to buy a variety of  dates. 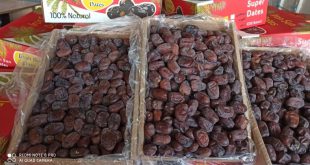